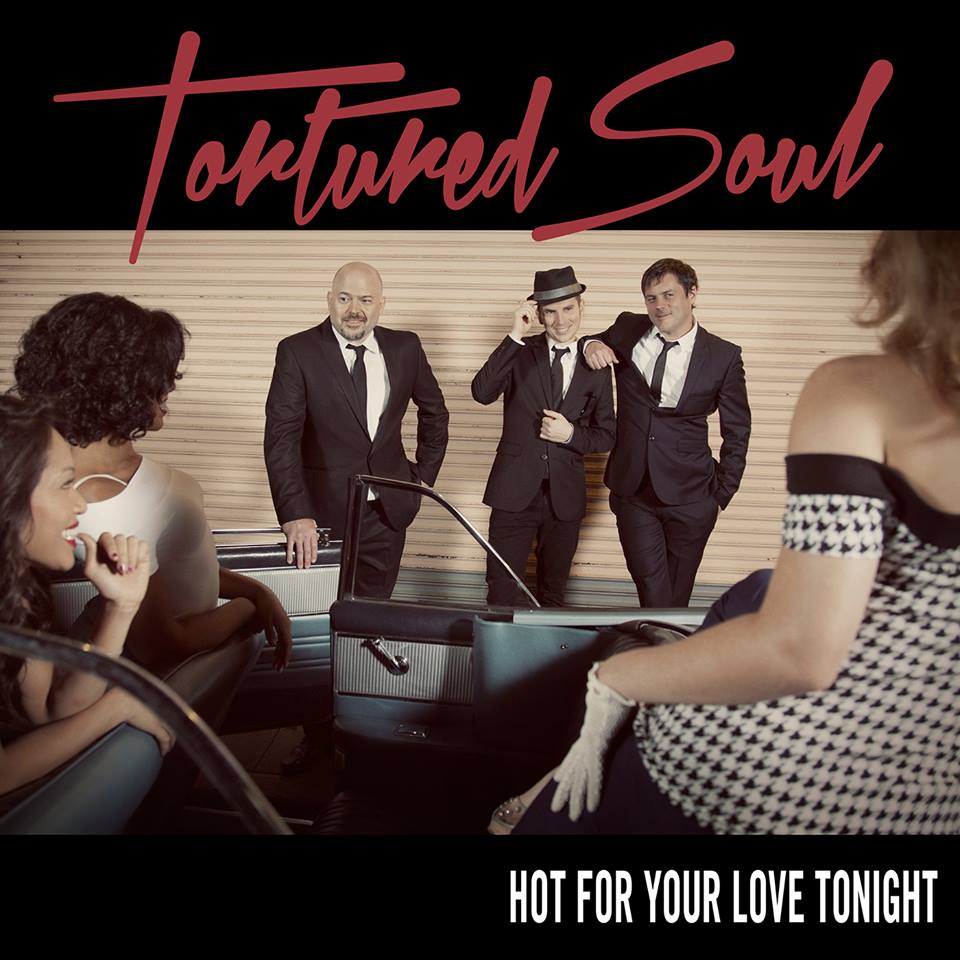 Before DJs evolved into global superstars, musicians carried the baton. The Brooklyn-based dance trio Tortured Soul isn’t trying to intently rewrite the logic of today’s EDM with the sweat of their own musicianship, but they are living proof that the very same music can be freed from the DJ booth. Influenced by the classic songcraft of Prince, Heatwave and Kool & The Gang, the members of Tortured Soul are three distinctive guys with three different backgrounds, united under a groove-centered rhythm. The band’s frontman and principal songwriter, John-Christian Urich, can be seen simultaneously drumming and singing with effortless mastery, while the rest of the collective, made up of keyboardist Ethan White and bassist Jordan Scannella, virtuosically generate the pulsating accompaniment. It’s a striking visual that’s feverously winning converts with each and every tour stop, with them being likened to The Roots of house music. Inside the group’s mystique, the acid jazz is reminiscent of Jamiroquai funk, while deeply saturated in the contemporary freshness of house purveyors like Joey Negro, Kenny Dope, Soul Clap and Jamie Jones. Even the legendary tastemaker Gilles Peterson, dubbed them “the future of house music."

Tortured Soul’s origins date back to 2001 while Urich was steering Cooly’s Hot Box, an acid jazz outfit also featuring under-the-radar indie soul vocalist Angela Johnson. After putting Cooly’s Hot Box on hiatus, Urich composed “Might Do Something Wrong,” which was quickly picked up by New York-based deep house label Central Park Recordings, and Tortured Soul was born. Thanks to the cool laidback mix provided by Osunlade, the song quickly became an underground staple at the iconic Club Shelter and helped jumpstart the development of a full-length disc generating more soulful house. With the 12-inch single in heavy rotation in the New York club circuit, Urich went into overtime to restructure the band’s line-up: The session players on “Might Do Something Wrong” were out; bassist Jason “JKriv” Kriveloff and slick, jazz-honed keyboardist Ethan White – formally Urich's bandmates in the rhythm section of NYC acid-jazz band Topaz – were in. Together, the new trio forged a new cool sound by blending the freewheeling New York house and classic disco beats with elements of hip-hop, salsa and Roy Ayers-styled jazz-fusion.

From the very start, Urich secured himself as a power player, composing the lion’s share of material, delivering thick four-on-the-floor beats and using a smart vocal showcase fusing a Maxwell styled falsetto with Justin Timberlake-tinted lower register. But his bandmates were just as essential: White’s killer vibes on the Wurlitzer and Kriveloff’s booty-shaking bass were neatly integrated into the mix.

A succession of 12-inch singles followed “Might Do Something Wrong,” including Alix Alvarez’s mix of “How’s Your Life” and the romantic dance-pop of “Fall in Love.” Billboard dance critic Michael Paoletta lauded the latter track by calling it “a sterling, soul-slammed house jam.” Each of the singles impressed the bevy of the world’s dance halls, allowing the band to tour heavily with appearances at clubs and festivals across the US. With 2006’s Introducing Tortured Soul, the band was able to piece together their first debut album using all their earlier singles while also incorporating a few new studio additions. The follow-up album, 2009’s Did You Miss Me, released on the band’s own label, TSTC Records, ushered in a new wave of critical acclaim, climatically winning accolades from various music publications like Blues and Soul, SoulTracks and SoulBounce. “Home to You,” “In My Fantasy” and “Your Dream Is My Dream” were all given the 12” and 7” singles’ treatment. Continuing their regimen for clubland rituals, Tortured Soul implored an attractive A-list of DJs and remixers to carefully handle the mixes for their latest batch of uptempo dancefloor fillers, including Mark de Clive-Lowe, Quentin Harris, Jon Cutler, DJ Spinna, Dimitri From Paris and remix pioneer Tom Moulton.

In 2010, Kriveloff departed the group to focus on his new record label. After a tedious audition process, the void was filled when talented New York bassist Jordan Scannella – dubbed “JORSCAN” for short – was hired. His arrival ushers in the latest chapter in Tortured Soul’s evolution as the group prepares to drop their third album in 2013, along with even more groovy singles.

Today, their popularity continues to spread across intercontinental boundaries as their touring schedules broaden with every single measure. So far, the group has wowed audiences at some of the world’s biggest music festivals, such as the Cape Town Jazz Festival, (South Africa), Java Jazz Festival (Indonesia), Detroit Electronic Music Festival (USA), Pukkelpop (Belgium), Big Chill Festival (UK) and Montreal International Jazz Festival (Canada). Touring abroad has not hindered them from making their bicoastal US rounds at Bonnaroo, Milwaukee’s Summerfest and at popular live venues like Hollywood’s Vanguard, Chicago’s Double Door, Atlanta’s Center Stage and Washington D.C.’s 930 Club. Their prowess has even won the praises of Barry Manilow and Lenny Kravitz.

AllMusicGuide wrote that Tortured Soul’s songs are unapologetically poppy, explaining why their music has appeared on All My Children, A&E’s The Glades, Showtime’s Huff and Canada’s version of So You Think You Can Dance. Their music has become the soundtrack of retail shopping in stores like Gap, American Eagle Outfitters and Hollister, while even landing in a popular demo trial for Bose headphones. Over the years Tortured Soul’s music has been documented on a wide range of dance compilations and has been licensed to Universal Japan, Defected, BMG Ariola, Dome and a host of other labels.

In 2013, now a decade strong with a new EP in the works, a flirtatious lead single (“Dirty”) and a new album on the horizon, the band is prepared to take Gilles Peterson’s aforementioned prophecy to task. Topping things off, their commitment to hard work and travel has been left unfazed. They are focused to reach as many converts as possible - one tortured soul at a time. 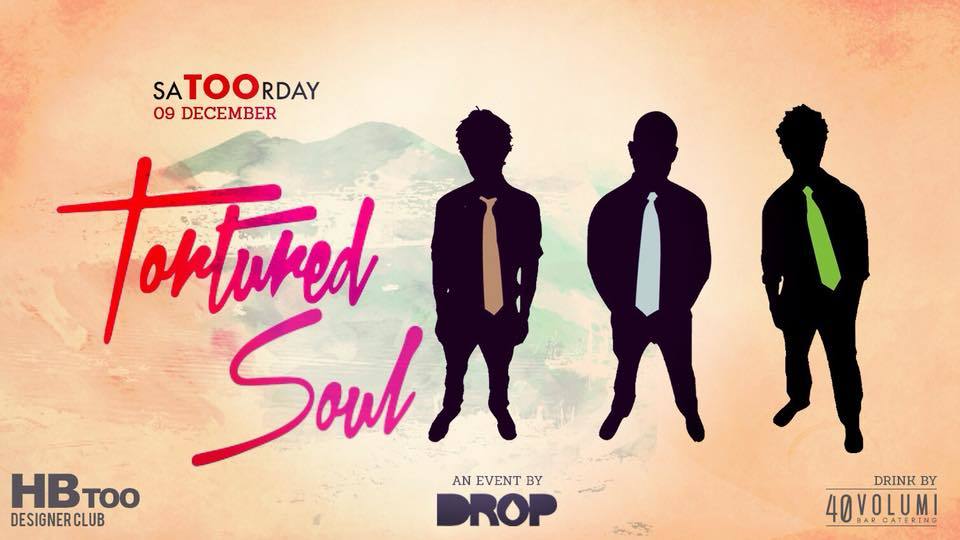