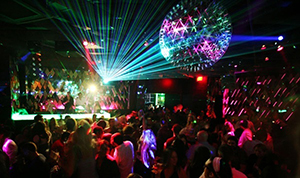 TOP 10 RESIDENT DJS OF ALL TIME

THE DJ RESIDENCY, ONE OF THE MOST IMPORTANT ASPECTS OF A NIGHTCLUB

The DJ residency, one of the most important aspects of a nightclub. A good resident can guide the musical output, attract a crowd, build a following and provide a ‘sound’ that the club becomes known for. In a time of big lineups and guest DJs getting the most attention, there is possibly not as much importance placed on the resident DJ as their used to be. In this article DJBroadcast lists the top 10 residencies of recent times. 1. Larry Levan Paradise Garage, New York Paradise Garage in New York City was the location for Larry Levan’s decade long residency that grew to develop a cult following. Often referred to as Saturday mass, his sets flowed seamlessly between genres and are often credited with developing the ascendance of house music. Levan also experimented with his DJ sets by introducing drum machines and synthesisers to give it a more live feel. A good friend of Frankie Knuckles, both were part of a very influential raft of DJs around that time. 2. Craig Richards Fabric, London When you think of resident DJs and people who have been at the top of the game for a long time, you immediately think of Craig Richards. A resident DJ at Fabric for fifteen years now, Richards’ success and commitment to one club is unrivalled in the electronic music world. Having warmed up for almost anyone you can think of, his ability to adapt and read the crowd is what separates him from most. Renowned for his legendary early morning sets, he is also responsible for the musical approach taken by Fabric towards the programming of Saturday nights. 3. Alfredo Fiorito Amnesia, Ibiza The father of the balearic beat, Alfredo. In the late 70s he decided to visit a friend on the white isle and never left. He is at the centre of one of the most re-told Ibiza stories regarding Paul Oakenfold, Danny Rampling and Nick Holloway and he is one of the most respected men on the island. First beginning to DJ at Amnesia when it was just a farm house with an open air dance floor, he was playing seven-nights a week for months at a time. It was a wild hedonistic place that encapsulated the early spirit of Ibiza. Celebrities stopped by, people drank liquid ecstasy, made love on the dance floor and screamed his name when he finished his sets, crying for more. 4. Tama Sumo Panorama Bar, Berlin Having previously been a resident at the original Tresor and at the ‘Dance With The Aliens-Party’ at the old OstGut club, Tama Sumo took up her residency at Berghain when it opened in 2004. Ever since then she has been consistently wowing the crowd in Panorama Bar and in Berghain, although less frequently in the latter. With a collection of over 15,000 records and an innate ability to play the right track you have never heard, it’s easy to see why she is one of the clubs most revered residents. 5. Mister Saturday Night (Justin Carter & Eamon Harkin) Brooklyn, New York Mister Saturday Night, which also becomes Mister Sunday during the weather friendly summer months, is a party run by Justin Carter and Eamon Harkin who are also the resident DJs. Since 2009, they have been throwing various parties that cater for all ages in Brooklyn. With a strong ethos focused on community spirit and great music, they have gained a following both in the states and worldwide. As likely to hear Louis Prima as you are Green Velvet, there are no musical boundaries present. If it’s good they will play it. 6. Gerd Janson Robert Johnson, Frankfurt & Panorama Bar, Berlin Owner of the excellent Running Back label, DJ, producer and resident at two of Europe’s best clubs, it’s no wonder Gerd Janson is held in such high regard. Having held residencies at the Robert Johnson since 2000 and Panorama Bar since 2013, he has gradually become one of the best selectors in the industry. Also producing under the Tuff City Kids alias with Lauer, it’s clear that Janson has a very versatile musical pallet. 7. David Mancuso The Loft, New York Purveyor of the ‘private party’ business model as opposed to the nightclub model, David Mancuso was a legend in the underground New York party scene. His parties inspired many famous private discothèques in the 70s and 80s such as Paradise Garage, The Gallery, and The Saint. Known for playing records from start to finish and leaving a gap between songs, Mancuso also had a prominent role in starting promo pools and getting promotional records sent to DJs for potential use. 8. Harri & Domenic Sub Club, Glasgow Now running for over two decades, Subculture is the longest running weekly underground club night in the UK and possibly the world. Taking place every Saturday at the much-loved Sub Club in Glasgow, Harri & Domenic have been at the helm since its inception in 1994. It’s no easy feat to run a club night for that long and still keep patrons interested. By keeping their selections fresh and employing a forward thinking booking policy, they have been able to keep the wild Glasgow crowd entertained on a weekly basis. 9. Erol Alkan Trash, London Erol Alkan was behind seminal indie and electro club night Trash for ten years. The night was held weekly on a Monday night, first appearing in 1997 at the original Plastic People before moving to The Annexe and finally spending seven years at The End in west London culminating in its final night in 2007. Erol became known for his broad selections and mashups as a DJ and the night itself became influential in pioneering new genres of music. Early performances from bands such as the Yeah Yeah Yeahs, LCD Soundsystem and Bloc Party show the musical foresight Erol had. 10. Fish Go Deep Cork, Ireland After over twenty five years of house music in Cork, including a thirteen year residency at Sir Henry’s, Greg Dowling and Shane Johnson’s parties have become the stuff of legend. At the forefront of the game, their parties inspired Raymond Scannell's acclaimed play, Deep, set in and around the early 90s Sir Henry's scene. I once had the pleasure of listening to the guys speak about how they would create anthems over the course of a few months by playing the same track weekly. After a few months people would recognise it and begin to listen out for it, thus creating a huge release by the time they played it. Something that probably can’t happen anymore with Shazam and Youtube.