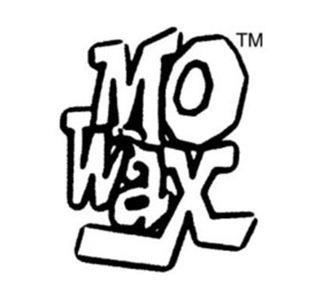 James Lavelle started Mo’Wax in 1992 when he was just 18 years old. Culturally, the label’s cocktail of influences ranged from Star Wars and Def Jam to Japanese Manga art. Crucially though, Mo’Wax was uniquely British. “Growing up in England, we were on a different level. We’d be exposed to everyone from Carl Craig to Public Enemy – whereas in America, people didn’t cross genres in that way at all.” Lavelle spent two years working at prestigious London record stores Blue Bird and Honest Jons, whilst at the same time running a clubnight in Oxford called Mo’ Wax Please, which covered every genre, from funk and rare groove right through to acid house. During this time, Lavelle hooked up with future DFA lynchpin Tim Goldsworthy – and Mo’Wax was born. From Luke Vibert and Doctor Octagon to resurrecting David Axelrod and Liquid Liquid, Mo’Wax seamlessly jumped from hip hop to techno with the excitable glee of a young graffiti artist with a new wall to paint. Notable releases include La Funk Mob’s ‘357 Magnum Force’, remixed by Richie Hawtin and Carl Craig, fifteen years ahead of their commercial zenith at Cocoon, Ibiza. Equally, Lavelle cites the ‘Headz’ compilation as a key part of their creative peak, which featured music from Attica Blues, Nightmares On Wax and ‘The Time Has Come’ by UNKLE. Released in 1994 with artwork by 3D from Massive Attack, it was one of the first albums to popularize the term trip hop. Two years later, Mo’Wax scored commercial and creative payoff with the release of turntable genius DJ Shadow ‘s ‘Endtroducing’. A million-seller across the world, it caught the ears of pretty much everyone. Other key releases followed from the likes of Money Mark and of course ‘Dr. Octagonecologyst’ , the debut solo album from Dr. Octagon, which included seminal hip hop single ‘Blue Flowers’. Other key singles came from Andrea Parker – with the wistful ‘Rocking Chair’, as well as music from Liquid Liquid, DJ Krush and Rob D’s string-drenched classic ‘Clubbed To Death’. Shadow’s 'Influx' released in 1992 was another high point. As well as their far-reaching musical impact, Mo’Wax’s artistic identity was crucial, and Ben Drury, the Head Designer of the label, designed over 400 record covers during his tenure. The label’s presence was strongly felt within the worlds of fashion and art, including collaborations with the distinctly British designer Alexander McQueen, Nigo and Bathing Ape, Supreme, Japanese toy creators Medicom, and American artist Kaws, as well as creating the limited edition sneaker ‘The Dunkle’ with Nike. What’s more, Mo’Wax was also responsible for bringing attention to the American graffiti artist Futura 2000, who created the original UNKLE Point Man, and who would often be seen at the Mo’Wax office in Soho, creating new designs. “What was important was who was hanging out at the office; 3D from Massive Attack, Don Letts, Richard Russell and Bjork would all drop by. There was a constant influx of people and bands who were the heartbeat of that period.” Towards the end of the label’s life, James Lavelle worked with the likes of Nick Huggett who went on to sign M.I.A and Adele, and Toby Feltwell who went on to run Bathing Ape and set up Billionaire Boys Club with Nigo and Pharrell. After numerous releases that helped redefine the face of British music and street culture, and having immersed his efforts in his band project UNKLE, first with DJ Shadow and then with new partner Richard File, Lavelle finally walked away from Mo’Wax in 2002. “As with most bands and projects, after it’s heyday you just want to move on. But looking back at Mo’Wax over 20 years on, I realize how much we achieved and what an amazing period it was.“ - James Lavelle 2013/14 marks the 21st anniversary of the birth of the label.