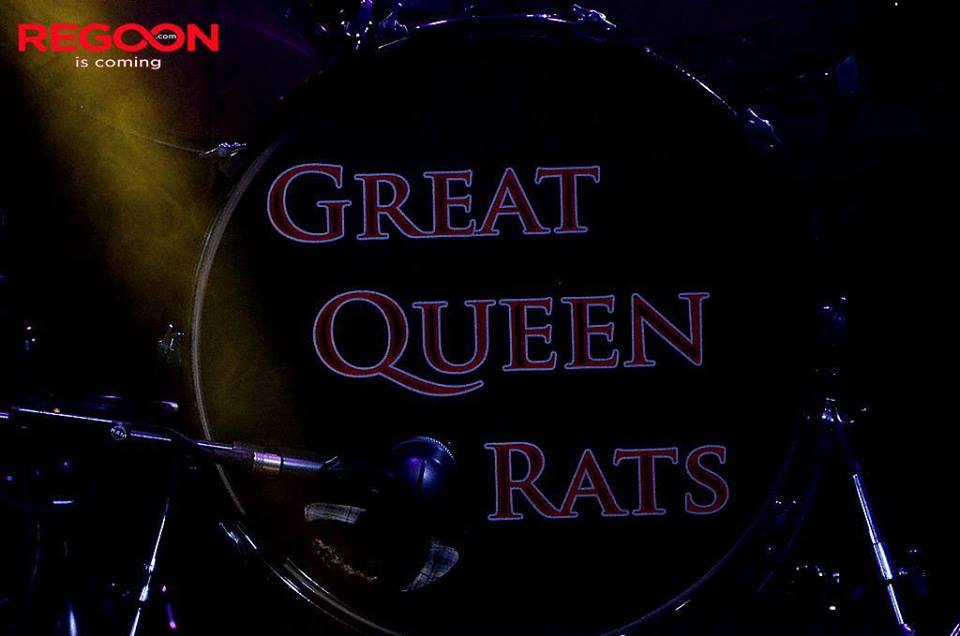 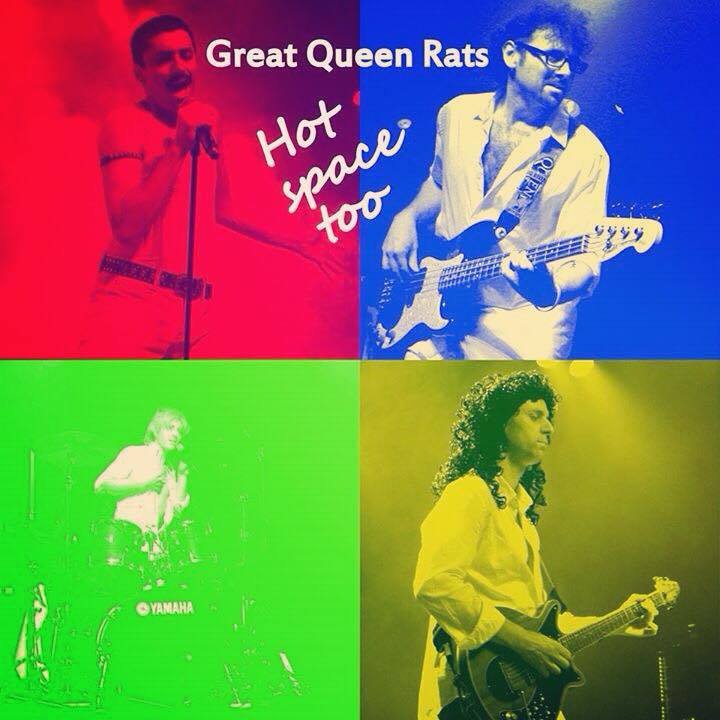 GREAT QUEEN RATS were born in 1999, from Paolo Colella (drums) and Marco Beneduci (electric guitar) concept. Lorenzo Billeri (bass guitar) joins to the band from the beginning. The original concept was to play Queen songs with that passion, energy, emotion that Great Queen Rats band feels for the original Queen band. During following years, in the band several musicians have successed, until in 2009 the current band formed, after the joint of Emanuele Richiusa (vocals & piano/keyboards) and, in place of Marco, Simone Tollis (guitars); this is the actual official GREAT QUEEN RATS band. Netherland, Belgium, Spain, Italy, USA, Asia, these are the contries where Great Queen Rats performed, with a great professionality and passion that keep members playing together, and makes the performance style unique. From Queen’s greatest hits (WE WILL ROCK YOU, WE ARE THE CHAMPIONS, SOMEBODY TO LOVE, I WANT TO BREAK FREE), to the real fans songs (KEEP YOURSELF ALIVE, KILLER QUEEN, BRIGHTON ROCK, MOTHER LOVE, NEED YOUR LOVING TONIGHT), a Great Queen Rats live show experience is something you can’t explain with words… you’ve got to be there! With a great detail accurance, the band studies and creates every little aspect of a magnificent Queen Live. Costumes, stage plan, sound, instruments, everything is performed live, no sequences, original tune, giving the real ultimate experience of a Queen performance. We want to expecially thank Freddie Mercury, Roger Taylor, Brian May, John Deacon, for giving us these wonderful songs and emotions, and for giving us the chance to do what we do and bring our show to people all around the world. We wait you ON STAGE! “WE WILL ROCK YOU, IN QUEEN STYLE!”.