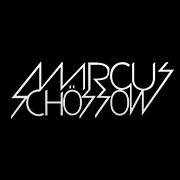 DJ and Producer,Marcus Schossow, a pioneer name in electronic music, has been rightfully dubbed "The New Face of House Music" in 2014.[citation needed] Marcus maintains a thriving buzz throughout the electronic dance music scene due to his consistent releases on major labels such as Size Records, Axtone, Revealed, Big Beat (Atlantic Records), and Spinnin Records. Recently, Marcus premiered all of his new music for 2014 as a guest mix on Steve Angello’s radio show residency on BBC Radio 1, which has over 2 million listeners. His latest single “The Universe”, will be released on May 18th on Hardwell’s label Revealed and is set to be the hit summer anthem of 2014. With an impressive list of collaborations including Coldplay, Icona Pop, Axwell, Lana Del Rey, and more forthcoming music, Marcus is destined to have an "explosive" 2014. Be on the look out for Marcus as he tours the world on “The Universe Tour.”

He is the founder and current manager of the label "Tone Diary" which is licensed to Spinnin Records; Schossow regularly releases under the label but the label has remained dormant since the release of the Mike Hawkins & Pablo Oliveros song "Bangover". It is now inactive - and Schossow is starting a new label.