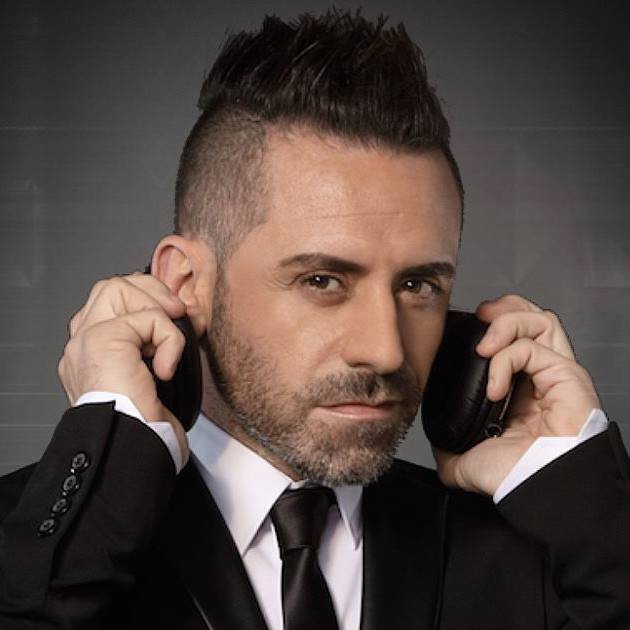 Rossano Prini, a.k.a. DJ Ross, is one of the best known names in the actual dance scene. His career started in the 90s: after a very strong experience in several clubs in the northern-Italy and, several featuring with recording studios, in 1993, he approaches the discography world, firstly with the historical Discomagic, then with Self Distribuzione and, at last but not the least the Email Records whit Luca Mensi. In 1998 he became A&R Manager of Time Records and, with this label he created his own label named Spy Records that, in a while, became the top dance label for the public and the insiders, with worldwide ratings thanks to the very famous productions like: The Lawyer  I Wanna MMM and E-Magic feat Nancy (Prepare Yourself, Stop and Go!) Together with Luca Mensi, he known and he was the producer of Tristano De Bonis, song writer and singer, best known as Magic Box: thanks to the hits Carillon, For Your Love, If You and so on, he topped the worldwide charts and he became an idol. Rossano Prini and Luca Mensi, were also producers of the hit songs by Erika: Relations, Save My Heart, I Dont Know and Ditto, songs written as well by Erikas brother Tristano; songs that have reached the top positions of sales charts in a lot of countries all over the world. Thanks to this success, Erika, won an award on MTV.
Whit Spy Records, Rossano, produced or simply signed and followed like A&R Manager, a lot of dance hits and then, he decide to create an own project. He known Paolo Sandrini and, with him, Rossano, has a very strong feeling in the studio. Thanks to their get  together started a new project called DJ ROSS. They realized Dreamland, an hit song, that after 10 years is still dance in the clubs. After Dreamland, another hit comes out: Emotion, that gives to Dj Ross, the possibility to play in the best clubs in the world, from Italy to Europe, from Brazil to the US, from Russia to Egypt, with a big success everywhere; then comes out Smile and Floating in Love. Since here, he started several featuring with William Naraine, lead singer of Double You, actually in the international dance scene. Dj Ross, has been the official remixer of planetary hits like: Dragostea Din Tei by O-Zone, Ton Em Ai by Luka, I Dont Know Why by Moony, The Radio by Get Far, Sweet Little Thing by Alessandro Viale feat. Vaanya Diva, Happy Hour by Ligabue and many others. In 2006, he leaves from Time Records and, he creates his own label with his partner Alessandro Viale: Bang Record; day by day the label grow up and, today is a very important reality on the Italian marketplace. In 2008, Dj Ross, arrived at the most important Italian dance radio station: m2o radio, where he is radio host of the famous radio show The Bomb, directed by Alessandro Viale and, on air from Monday to Friday to 1 p.m. to 2 p.m.; from 2010 he is the official music planner of the radio station. During the last years, he never stopped his tour in national and international clubs, thanks to the big energy that he creates during his dj  sets and, thanks to his productions firstly with Sushy and then with Marvin. The last tune realized is Baker Street by DJ Ross & Marvin, supported by the radio stations and, by the most famous DJs of this genre. Recently, he remixed the last song of the Italian singer Vasco Rossi Luomo Più Semplice and, he is already in the recording studio to complete his new project and his new productions.Stay tuned.new hits are coming soon!