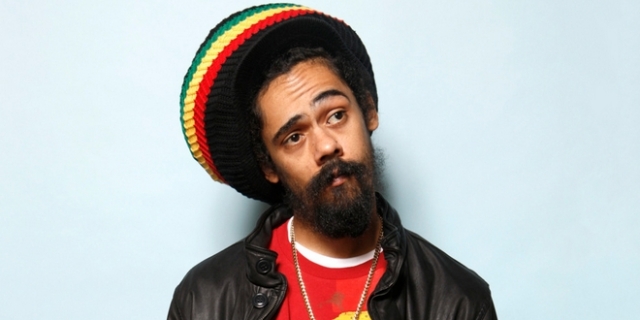 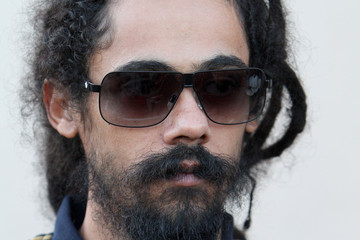 Damian Marley was born on July 21, 1978, in Kingston, Jamaica to reggae legend Bob Marley and 1976 Miss World, Cindy Breakspeare. As a teenager, Damian performed with the Shepherds, but worked with his older brother Stephen on his first album, "Mr. Marley." Damian’s commercial breakthrough was the 2004 single “Welcome to Jamrock.” He's won two Grammy awards and lives in Miami, Florida.

Singer, songwriter, producer. Born on July 21, 1978, in Kingston, Jamaica. Only two years old when his father, reggae legend Bob Marley died, Damian Marley has explored his musical roots to become of today’s hottest performers. He is nicknamed “Jr. Gong,” which comes from his father who was known as “Tuff Gong.”

Like several of Bob Marley’s children, Damian was born out of wedlock and outside of Bob’s marriage to singer Rita Marley. Damian’s mother, Cindy Breakspeare, was Miss World in 1976, and she raised her son in a Kingston suburb, not far from Rita Marley. Despite not being one of her own, Rita welcomed Bob’s children from other relationships into her home. (Bob Marley fathered eight children in addition to the three he had with Rita.) Damian toldEntertainment Weekly that Rita’s house “was like the family HQ.”

Foray into the Music Business

Marley started his own journey in the music business at an early age. As a teenager, he performed with the Shepherds, which also included other reggae progeny, Shiah Coore whose father is Cat Coore of Third World and Yashema McGregor whose mother is Judy Mowatt of the I-Threes. While the band had some success in Jamaica, Marley eventually decided to strike out on his own. He worked with his older brother Stephen on his first album, Mr. Marley (1996). The two co-wrote many of the album’s tracks together. Embracing his musical ancestry, Marley announced to the world “Me Name Jr. Gong.” But the album’s upbeat dancehall style failed to connect with some listeners.

With Stephen producing much of his next effort, Halfway Tree (2001) brought Damian more critical praise and attention for combining dancehall and hip-hop styles. The recording won the Grammy Award for Best Reggae Album with both Damian and Stephen taking home awards for the project. Unfortunately, all of the kudos did not translate into big record sales. Still he accomplished something that his famous father was never able to achieve - winning a Grammy Award. The award category for reggae music was not added until the mid-1980s.

Damian’s real commercial breakthrough came from the single “Welcome to Jamrock” released in 2004 by Tuff Gong. Tuff Gong is an independent record label started by Bob Marley in the mid-1960s and is still in the control of the Marley family. Set to a mesmerizing rhythm, the track explored the real-life hardship and political strife facing the people of Jamaica. The success of the single led to a bidding war for Damian’s next album, and he decided to sign with Universal.

Working with Stephen as a co-producer, Damian put out his biggest album to date. Welcome to Jamrock (2005) incorporated elements of reggae, hip-hop, and R&B, and it reached the top or near the top of all of the charts for those genres. Another testament to its universality was its success on the Billboard Top 200 album, reaching as high as the number 7 spot. The title track earned Damian another Grammy Award - this time for Best Urban/Alternative Performance. For the second time in four years, Damian and Stephen won the Grammy for the Best Reggae Album.