In 1999, Anastacia was at a crossroads in her decade long pursuit of a singing career. She was just about to turn 30yrs old and was losing faith after far to many people telling her that her voice was amazing BUT………”her sound just didn’t quite fit into any category”. This became the scarlet “A” she began to wear over the decade of holding onto the belief that her voice and songs had an audience that would connect without any need for her to “fit” in a particular category…. SO, along came an opportunity to audition for a new MTV show called “The Cut”. It was a concept that would eventually be what our culture has now grown accustomed to in the “singing star” formula, like American Idol, X Factor and The Voice. It was to be hosted by Lisa “Left Eye” Lopez from the group TLC and there was to be three judges scoring the chosen performers. She was reluctant to audition but decided this would be the make it or break it point…..AND, I guess, the rest is history!!!! This innovative show was only on for one season. Anastacia did not win this competition yet what resulted was a recording contract with Sony music. She got busy in the studio recording resulting in her debut album, “Not That Kind” in 2000…….Her first single release, I’m Outta Love caused a fever of excitement in Europe and she finally found a part of the world that embraced her uniqueness, her sound and her voice. This resulted in over 5 million copies sold. She spent the next year promoting and performing all over Europe. She quickly got back into the studio in 2001 to make her next album. “Freak of Nature” . This album gave her the forum to write about her life and use her songs to offer the message that to be unique, not fit in, can be viewed as a strength not a weakness. It appears many needed this kind of message because the release in 2002 resulted in close to 5million cd’s sold in Europe alone!! In 2003, Anastacia confirmed to the world that she had breast cancer and for a brief moment her “momentum” stopped! But true to herself and to those around her, she showed that she would not let cancer stop her from doing what she loved. In the later part of 2003, she started her third self titled album “Anastacia”. She was in a position that offered her a perspective on how precious life is and endeavored into a sound that has become her “signature” which she calls S.P.ROCK(soul,pop,rock). The first single release “Left Outside Alone” was #1 on the European billboards for 15 weeks and sales of the “Anastacia” album exceeded 5 million….. Now it became time to offer a tour for the many devoted fans who had waited patiently three albums in to see her perform on stage all the songs that had become anthemic to many!! She launched her first tour, into arena capacity and what resulted was the second most popular tour in 2004, second to U2…. She LOVED connecting with a live crowd!!! In 2005 Anastacia took on two exciting career challenges. The first was a partnership with the clothing company S.Oliver to create her own full range clothing line. The second was creating her own perfume fragrance which she called Resurrection, the greek meaning of her name…. In the midst of designing an average of 50 clothing pieces a month, Anastacia managed to write three new songs which she included on her 2006 Greatest hits album. After a well deserved time out, she got back into the studio in the beginning of 2008 and in the arms of a new record label, Universal, deciding to follow her mentor and the man who originally signed her to Sony, David Massey. She was encouraged to try some different sounds on a few songs on this album along with songs that stayed true to her S.P.Rock sound . After 3 years away from the music industry, many things had changed so she was open to try some new things. She released “Heavy Rotation” at the end of 2008 followed by a fun filled tour in early 2009!! She has always been a risk taker and with the changes that were occurring in the music world, she decided to stretch her self with some amazing projects that helped inspire and rejuvenate her creative spirit. In 2009, she joined forces with the legendary Lulu and Chaka Khan to create a hybrid type tour. Which was called “Here Come The Girls”, selling out 24 venues throughout the UK. It allowed her to cover many songs which was a dream come true, many shared vocally with the other amazing ladies!! Following on the heels of this show, in 2010 she was blessed to be involved in a magical show called “Art on Ice”. In the summer of 2010, she agreed to become involved as a judge in another ground breaking idea , a TV competition show called “Don’t Stop Believing”. A chance to be a part of a show to support an area of music that has been under the radar till the US based TV show “Glee” helped open up this arena of talent , where the “triple threat” of singing, movement and story telling are essential…. The beginning of 2011, she teamed up with a fantastic Belgium singer, Natalia. They combined forces and their hit songs , creating an explosion of vocal talent and entertainment. They sold out six arena shows in Antwerp alone!!! In this past decade, Anastacia has sold over 20 million albums worldwide. She has been given many memorable opportunities to share her voice. In true fashion, she continues to be a talent that fits into NO category or box.!!! 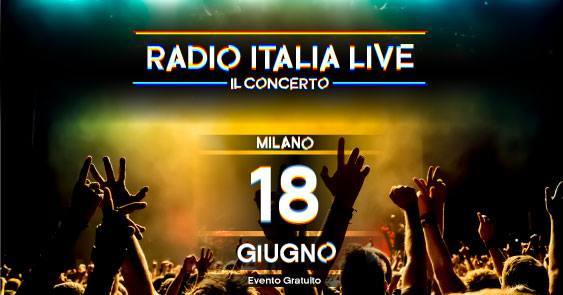