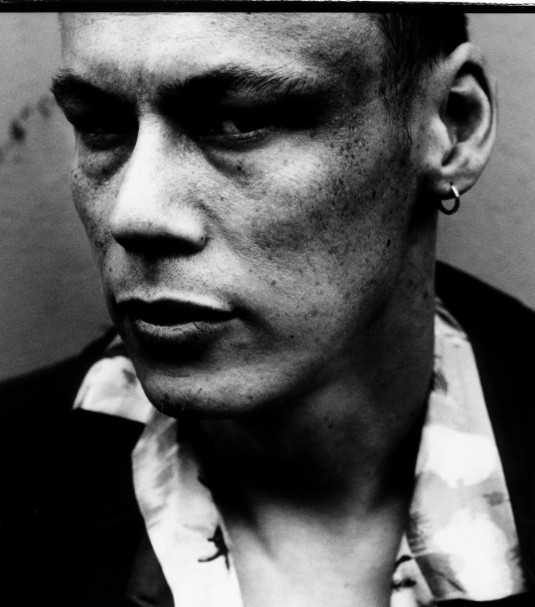 Luke Slater is a rare phenomenon in electronic music: he is someone who has helped define and redefine the techno genre throughout a number of decades. Starting out in the ‘90s, twenty years later it is no exaggeration to say he is as relevant and exciting as ever before. His gig schedule and discography stand as proud testament to that. Meanwhile, the music he releases under a number of respected guises is just as critically acclaimed, mainly releasing his music these days on the Berlin label Ostgut Ton and his own Mote-Evolver. It all started in the nineties with four landmark albums as Planetary Assault Systems. They came on the influential Peacefrog label and announced Slater as a master of dynamic, futurist techno. The likes of Freek Funk and Wireless followed on NovaMute, both of which were albums that continued to tread new techno territory, with stretched ambient textures, hypnotic rhythm frameworks and a real underlying narrative tying them all together. At the same time, cult Fear of Loathing mixes for React and the long-running fabric series came as proof of Slater’s DJing abilities, too, chopping up and stitching together sleek and deep minimalism with more organic techno like few had before or since. After a period away from the spotlight, 2009 saw Slater return right to the vanguard. It was with the Temporary Suspension album under his most influential guise, Planetary Assault Systems, and came on Ostgut Ton, the most influential label of the day. The record heralded a return - for Slater and the wider scene - to some of the traditional, purist values of early techno. Consider it with follow-up The Messenger on the same label and you have two of the finest electronic albums of recent years: they combine moments of serenity with frictionless grooves and more brutalist workouts that always supersede the usual ‘techno tool’ blueprint. What’s more, when Slater performs live as Planetary Assault Systems, the resulting soundtrack has the same unique impact and leaves an equally enduring impression on those who are there to experience it. As well as continuing to influence modern techno with the music he choses to release on Mote-Evolver, Slater has also recorded standout ambient albums, tracks and EPs as 7th Plain. They elegantly combined ballet with techno on labels like Ostgut Ton and prove the man’s musical momentum is, if anything, picking up pace. Especially when you add into the mix his Ostgut Ton affiliated L.B. Dub Corp project, with which he has explored classic techno, introspective moods and the sounds of his roots. A first L.B. Dub Corp album titled Unknown Origin was released as Luke’s third full album release on Ostgut Ton, featuring the likes of poet Benjamin Zephaniah and Function. And not only does 2014 start strong for Luke with a forward thinking new Planetary Assault Systems EP on Mote-Evolver, the legendary techno producer will be kicking off his regular radio show, Spacestation, exploring the fields and minds of techno.