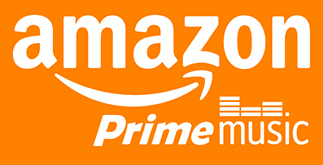 PRIME RAMPS UP WITH RADIO

AMAZON IS EXTENDING ITS PRIME MUSIC SERVICE TO INCLUDE AN AD FREE ONLINE RADIO STATION.

It's all about the algorithm, taking a different tack to the human touch adopted by Apple, tracks will be drawn from Prime Music’s 1.4m available tracks with users rating tracks with a digital thumbs up or thumbs down to determine future playlists. Amazon Prime users on most platforms will also have access to the ‘X-Ray Lyrics’ feature, which will display lyrics for the song being listened to, at least saving the need to visit all of those dodgy lyrics sites with pop ups. Prime Music launched in the UK six months ago, bundled with a £79 annual Prime subscription, also including a video streaming service, photo storage and free delivery from the online retail giant. As reported by Music Week, Amazon UK’s Head of Music Paul Firth said that the service was only “scratching the surface in terms of growth potential” but "was not in competition with Apple or Spotify” as it doesn’t target hardcore music fans and is based on a different model, true enough, but surely it must discourage casual listeners subscribed to Prime from even thinking about signing up to a dedicated music streaming service? Prime is still a player, for example, it was one of the services to start simultaneously streaming The Beatles' catalogue at the end of last year. Also, it's difficult to believe that Amazon is not in competition with every other major entertainment company in truth, though its focus may be more on displacing Netflix as opposed to Spotify. Of course, Amazon can also uniquely direct customers to buy downloads, CDs, vinyl, merch and gig tickets within the wider Amazon site. Amazon has yet to release figures for Prime subscribers in the UK.