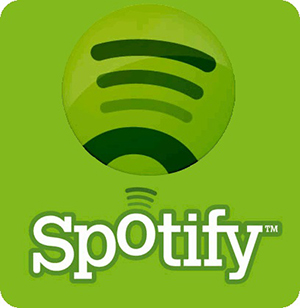 ACCORDING TO VARIOUS REPORTS, SPOTIFY IS ABOUT TO LAUNCH VIDEO CONTENT

In this report on WSJ, Spotify VP of Product Shiva Rajaraman talks video shop, saying that the service has been gradually testing video on its apps over the past several months with less than 10% of its users in the four launch territories of the UK, US, Germany and Sweden. Also, companies, such as Tastemade, have been developing original, music themed series specifically for Spotify. According to Music Week, trials included artists showing viewers around their hometowns, and a cooking show where acts work with celebrity chefs. How dare anyone suggest that technology has eroded the mystique surrounding pop stars? . That said, watching Jack Garratt boiling an egg would be infinitely more interesting than listening to his music. The Gen can’t help but feel that this all ends with videos of music stars literally singing for their supper on the campuses of tech companies like a scene from Dave Egger’s 2013 novel ‘The Circle’. Rajaraman said: “We are at the end of a journey of testing. We are going out effectively as planned. Our goal was largely to get a wide breadth of content and experiment and test". Early tests (try not to think of Clockwork Orange) unsurprisingly showed that contextually relevant videos, based on the type of music users listen to, or videos related to music were popular, including comedic rap series Epic Rap Battles. The beta period also showed that Spotify was offering too many options to view clips, so it has focused on separating it out and creating themed packages. Jesting aside, it’s a significant move and one that proves that the battleground for streaming services has changed- and with partners such as ABC, Condé Nast Entertainment and Fusion weighing in, it will be interesting to see where this goes. Video will be introduced to its Android app this week, with iOS reportedly appearing next week.